Florentino Ameghino, “The Darwin of Argentina”, a forgotten pioneer 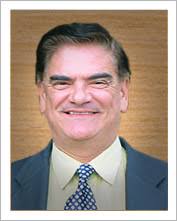 Florentino Ameghino (1864-1911) is an important and picturesque figure of Latin American science, who is better known for his theory of the origins of man in America, than for the empirical work he undertook. Ameghino worked in paleontology, geology, anthropology and other disciplines. He lived at a time when science in his country, Argentina, was just emerging. In the case of the biological sciences the focus was centered on the theory of evolution, its reception, its criticisms and its developments. Ameghino was a very precocious scientist. He published books and scientific papers, both in Argentina and in international journals when he was in his 20´s and 30´s. He was a very visible figure in the international scientific community, especially in paleontology, the taxonomy of species and in evolution. Ameghino claimed that human beings in America are as old as those of the Old World. They did not therefore come from emigrants as “official” science asserted. He claimed that the New World was the cradle of American man, not Africa or another part of the planet. This theory was critized and refuted, based on his wrong chronological estimation of fossil records, of human skulls and similar topics. Subsequent scientific research showed that none of these theories are accurate. On the other hand, Ameghino was a very creative researcher and many of his findings in paleontology, geology, climatology and anthropology remain valid. However, this is not so with his theory of the origin of man in America. Ameghino was a “lonely genius” who lived in a complex and difficult period of time. A pioneer of evolutionism in Argentina, and in general en Iberoamerica.